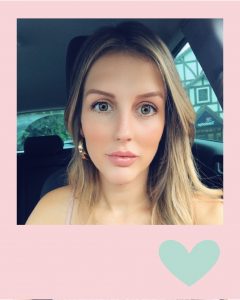 I am Mum to a sassy 2 year old called Paisley and newborn twins Minnie and Frank.

I am winging it day to day and for some reason, sharing it! So each month I'll be sharing a post about parenting 3 under 3 and all that comes with it. I also have a daily update over on my Instagram account soph.atoddlerandtwins, if you'd like to see our daily posts please feel free to come and join my community.

In the beauty of sharing almost all(!), my first post with you will be my birth story. I have quite a following on Instagram, in particular twin mums like myself and it seems its been a huge help for them to know my experience. I hope you enjoy!!

We arrived at the hospital on Wednesday 08/01 and were taken through to a private induction room which would be our home until I went into active labour. I was already 2cm and 50% effaced. The midwives thought this was probably since having Paisley rather than me already being in labour.

The pessary was inserted at around 11am and was to remain in for 24 hours it really wasn’t what I imagined it’s like a long bit of tape?! After 24 hours I would be examined again providing nothing exciting happened before.

We went for walks round the hospital, I bounced on the ball and done moves from the activate labour video. I started having contractions about 6 hours later, these were regular but not getting any stronger so I wasn’t too hopeful but just assumed it’d be ok and something would have happened! We managed to get some sleep overnight in between monitoring etc. Eoin ended up sleeping on the floor because he was uncomfortable in the recliner and basically slept all night 😂

Thursday 09/01 11am I was examined again and there were absolutely no changes. Not even a little bit of a cm, NADA! The midwife was unable to break my waters as Twin 1’s head was too high up, so they inserted the gel.

This was to be left in for 6 hours and I would be examined again. I spent the next 6 hours having really painful, regular contractions and crying 😂I refused any pain relief as I didn’t want to use anything stronger than gas and air in labour so didn’t want to peak too early.

I was convinced things were moving along, so was the midwife as she could see the strength and regularity of the contractions on the monitoring! 6 hours later... no changes. Not even a little bit of a cm, again NADA!

Cue more crying... Second gel inserted and told to wait for another 6 hours. By this point I was getting stressed that nothing was ever going to work I spoke to the midwife who advised at the next examination they would be making a real effort to break my waters no matter what. They could manually push babies head down and break them, get doctors to do it etc.

If it STILL wasn’t able to be done then the doctors would suggest c section or go home for 24 hours and we start again, both options sounded awful 😂During this second 6 hour wait, any pains I had been having more or less stopped!! I couldn’t believe my luck, I bounced on the ball a bit but decided to rest and we went to sleep (Eoin on the floor again) not very hopeful for the next examination.

So 01:30 comes around... the midwife comes in and says it’s time... I asked to go for a quick wee and when I did there was the teeniest tiniest bloody show... could there be the slightest chance that changes had happened?!? The midwife hooked me up to the gas and air in case she needed to get a bit vigorous lol (I had defo forgotten how good this is) and had a rummage around... I was 4cm with babies head low and waters bulging!!! So she broke my waters!! There was absolutely gallons of the stuff she couldn’t believe it 😂

I felt ok at this point so we walked up the corridor to the delivery room. I was put in the largest room that’s opposite the midwife desk and next to theatre just in case of emergency. This was around approx 2:15am...Then the real contractions started.

So the real contractions started, they were manageable and again I refused pain relief etc as didn’t want to exhaust my options but after breathing through about 6 I wanted the gas and air!!!

I could tell labour was progressing quickly, it was getting a lot stronger a lot faster than with Paisley and I was already feeling a little bit transition-y. Contractions started coming back to back and I was really sick. As Twin 1 was moving down so fast the monitoring on my tummy wasn’t working properly so they attached a clip to her head and I was already 7cm. A few contractions later and I was pushing! A few pushes later and Twin 1 was born at 4:54am (active labour less than 3 hours) 😄 she was 6lb 5oz absolutely perfectly healthy and didn’t need any extra attention.

As I was having cuddles with baby girl the doctors and midwives were palpating my tummy to see what position Twin 2 was in. Contractions had stopped by this point and Eoin and I were enjoying cuddles with our new baby.

The doctors told me that Twin 2 was not moving into a head down position, they advised they would try to move him manually so gave me back the gas and air. Unfortunately this didn’t work so the doctor said we would need to go to theatre and try again there with an epidural on board. They needed to move quickly before contractions started again as he was moving shoulder first.

Eoin was to stay with Twin 1 until I was ready.

Those that have followed my story will know how much I didn’t want an epidural so I was nervous about this but just put my big girl pants on and dealt with it. It literally was nothing like what I had imagined, it didn’t hurt, didn’t paralyse me, took a very short amount of time and worked well! The doctors tried to move Twin 2 again but it was not working so it was decided to do a C section! 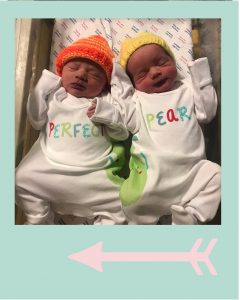 Next thing Eoin was in the room with me, Twin 1 was with the midwives and they were doing the section. This is another thing I have been really nervous about but genuinely the pushing and pulling I felt was the same as the twins movements!! Twin 2 was born at 5:42am (less than an hour after his sister). He was absolutely fine, healthy etc too and went to Eoin for cuddles as soon as they had cleaned him up. Twin 1 was then brought into theatre in a cot to be with us all. I honestly found the whole experience really positive and absolutely fine and even had a little nap while they were sewing me up etc 😂

We then went to recovery for a short while before being taken round to a private room on the ward. I had the catheter removed at approx 5pm and got myself up and walking about etc and we only stayed in for one night as both twins were healthy!!

All of my fears were unfounded and going with the flow and having a positive mindset really helped!!!

Are you a twin/multiples mum, did you have a birth like mine? I'd love to hear your birth story.

Until our next adventure,
Soph.xo 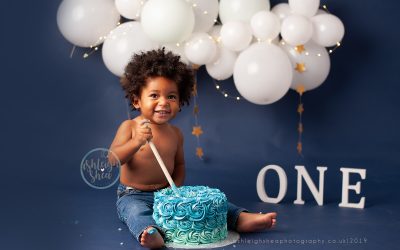 Did you miss out on the chance to get professional portraits of your newborn because of Covid restrictions and lockdown? Then a baby cake smash photography session is the perfect solution now that restrictions have eased.

Read on to find out more about my bespoke cake smash portrait session for babies. 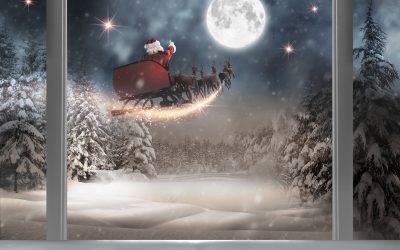 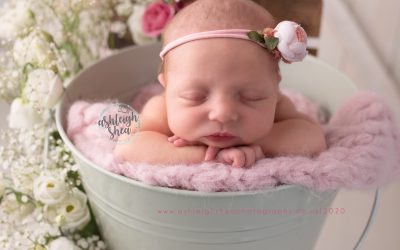 Miss F's Beautiful Newborn Session This little beauties mummy booked her newborn session whilst she was pregnant. She already knew she wanted a floral, girlie session. Her wish was my command! I adore using flowers in my shoots, even more so when I can use fresh ones.... 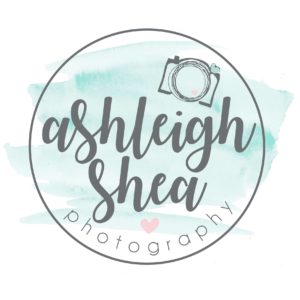 Welcome lovelies😊 I'm a tea drinking mummy of two who absolutely loves what I do! Here you will find new babies, bigger babies, kiddies & loved up'ie

When your newborn shoot becomes a cake smash shoot

IT'S OPEN DAY!!!!!! As you can see beautiful Siren

So this should have been a throwback Thursday but